Bloodthirster Vs Knight: A Re-Visit 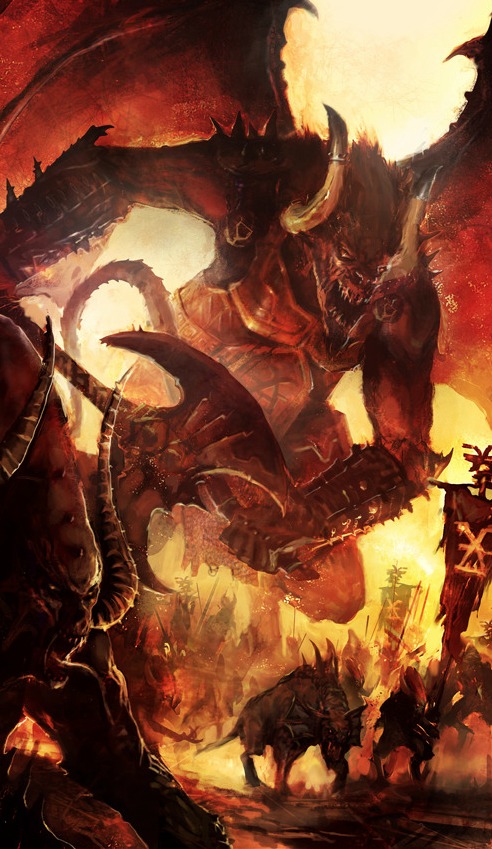 When I originally wrote the article about a Bloodthirster fighting an Imperial Knight there was quite a lot that got simplified.  The destroyer table makes mathematical calculations particularly tricky.  Since then I have reworked my figures and now have more accurate results, and the new results are a bit more dramatic.


The Knight:
The Imperial Knight has one main advantage, initiative.  Since it has a chance to kill the Bloodthirster before the 'thirster gets to swing, we will start here.

This includes both the chance to instantly kill, as well as dealing 5 or more wounds.

Stomping will happen at the same initiative as the Bloodthirster, but if we include stomp in the calculations the chances increase to 30.74% and 37.27% respectively.

Compared to the 66% I had given in the first article, this is a huge improvement.

With the more accurate changes, the odds swing even further towards the Bloodthirster winning combat.  Bloodthirsters are going to put out some serious hurt, but there is still a significant chance that they are going to get killed.  Any kind of de-buffs on the knight are also going to increase your survivability.  Bringing along a maulerfiend (with lasher tendrils) or allying in a psyker is going to make your Bloodthirster much more effective.

As I had mentioned previously, it is recommended that you run units in pairs.  A blood thirster on its own is scary, but two Bloodthirsters or a Bloodthirster and a maulerfiend is going to present a more substantial threat.
Posted by Andrew at 9:30 AM