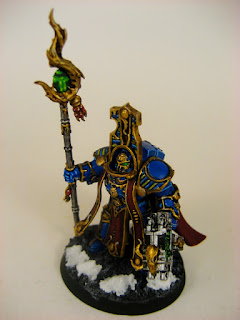 
The idea behind the paint scheme is that all of the psykers have the traditional blue armor, but all of the non-psykers have white armor.  Thousand Sons fluff says that non-psykers were turned to dust inside their armor when the Rubric of Ahriman was cast.  In this way they have been purified of their corrupted bodies.  The white armor represents those who have been purified and they seek the purification of all mankind.  Here are how things look so far. 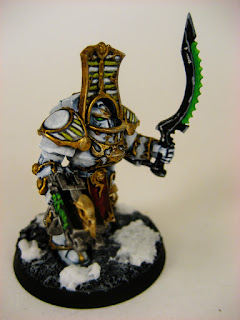 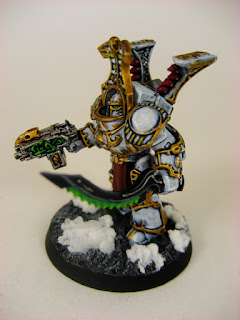 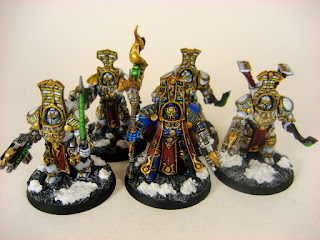 I am also planning on allying in some blue horrors with a herald.  I have had these horrors forever, but hadn't completed them until recently. 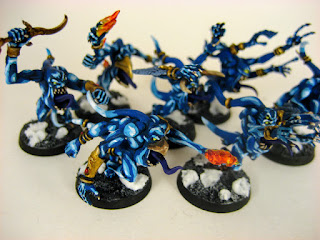 My next project is going to be a forgefiend.  I managed to grab an old Tomb Kings necrospinx off ebay and I added on a couple of hades autocannons. 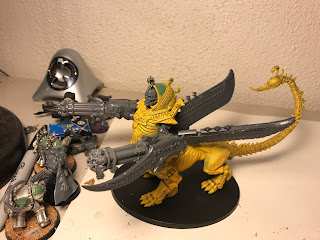 As I paint him, I will write up a guide for painting white armor, so stay tuned.  I also started up an instagram account, so you can find all my painting updates there.  Look for me under the name "ThePaintTzar".