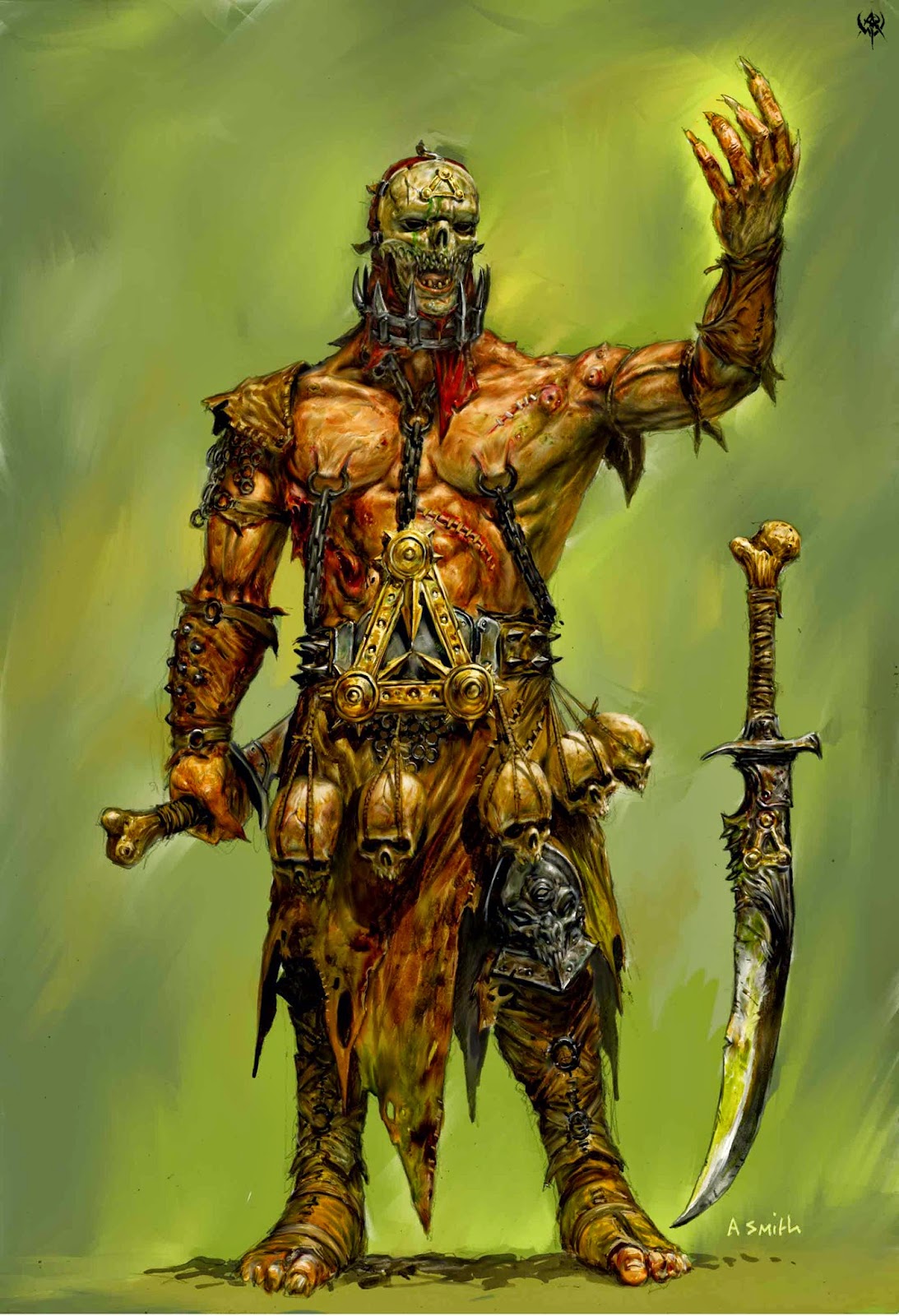 After four weeks of regular season games we started out single elimination tournament this week.

Here was the list I chose for the tournament:

This was almost every single Astra Militarum model I own.  I even had to ally in some daemons to round out the points.


I played against my good friend Drew and his Valhallans

Going into this game both of us were playing for fun.  We both knew that the winner would have to play the WAAC player.  Earlier in the week we started scheming and decided whatever the result; either of us would forfeit the second game.

Unfortunately I forgot to take pictures during the game.

I deployed first and had my tank commander and leman russ on my left side, hellhound and chimera on the right, and blob and manticore in the center.  Drew spread out his artillery on the back edge of his side.  Two of his infantry squads blobbed up with the primaris psyker and stood in front of the basilisks .  The ten man blob had the lord commisar and stood in front of the two wyverns.  His veterans and platoon command squads rode in the fliers.

Turn 1:
My hellhound and chimera move up, and the leman russes shuffle to the side to get a better view of his tanks.  I manage to cast scrier's gaze and prescience on my manticore, but it doesn't matter because I rolled a hit when I got to shoot.  The manticore gets three rockets off with the first shot, doing two hull points to one of the basilisks and shaking it, causing a weapon destroyed result to the deathstrike, and killing two guardsmen.  The two leman russes do all of nothing to his tanks behind the aegis.  My guardsmen use the autocannon to kill two of the guardsmen from his 10 man squad.

Drew doesn't really move anything.  He casts prescience on the basilisks, and their shooting causes a weapon destroyed result to the manticore.  His wyverns shoot at my blob squad, but since I am well spread out he only kills five of them.

Turn 2:
My nurgle daemons arrive, but the vendetta doesn't manage to come in despite scriers gaze.  The daemons scatter on top of his 10 man squad and die to a mishap, so I give up first blood.  My hellhound moves up into range of his 10 man squad.  I don't manage to get any psychic powers off, but once again it doesn't matter because I rolled like a boss for my manticore.  I fired at the same basilisk as before, blow it up, do another hull point of damage to the deathstrike, and kill a few more marines.  The hellhound roasts everything from the 10 man guarsmen squad, but leaves the lord commisar out in the open.  My leman russes decide to go after the wyverns and wreck one.

His fliers come in, and the vendetta targets my chimera while the valkyrie goes after my blob squad.  He casts forwarning on his blob squad.  The vendetta opens up my chimera with ease, and the remaining wyvern makes mincemeat out of the veterans inside.  His valkyrie kills a few guardsmen, but nothing significant.  The Deathstrike missile, does not launch, and his basilisks scatter wide.

Turn 3:
The Vendetta still does not come in....  Looks like I am going to have to win this game the old fashioned way.  My hellhound chases the lord commisar, but everything else stays put.  No psychic powers were cast.  For the first time all game the manticore shot could have used some twin link action because its shot scattered wildly off of the board.  The helhound manages to roast the lord commsiar giving me slay the warlord!  My leman russes also take out the remaining wyvern.

His valkyrie flies off of the table and the vendetta puts my two leman russes in its sights.  Once again the guardsmen get a 4++ from forwarning.  His deathstrike missile LAUCHES, and then ends up killing the manticore (without any missiles), and four guardsmen.  What a letdown...  We were both pumped to see it in action, and it did jack...  The basilisks followed up by killing more guardsmen and my psyker to boot.  His vendetta knocks a couple of hull points and a multi-melta off of my tank commander.

Turn 4:
At this point we had 15 minutes remaining, and Drew says, "Well it looks like you are going to win.", and then I move off of all of my objectives and call the end of my turn.

Drew wins and informs the league organizer that he is forfeiting his second game.  One of the other players looks at me and says, "So, you lost your game on purpose because you didn't want to play (WAAC Player)? And then Drew forfeited his game for the same reason?" *Giggle*  This is immediately followed by hearing the WAAC player whine, "Awww c'mon, just play the game!"

Next week will be the final matches as well as awards for best sportsman and sexiest army (best painted).  I am planning on participating in a 2v2 match and bringing some nurgle marines pretending to be Khorne Daemonkin!


Probability Update:
I have been working on my probability calculations related to deep striking next to a large oval base, and I believe that I am finally getting something that works (I know I have said this before, but I have been through things about 4-5 times now).  In my minimal spare time I have been running the numbers through the computer, and I should have all the results here soon.