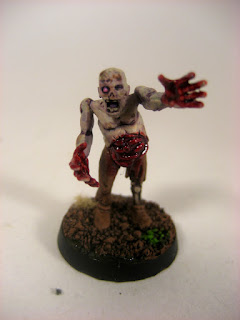 It has been a while since my last painting update.  Even though things slowed down for the past few months; I have not been entirely unproductive.

When my friends and I played our apocalypse game about a month ago we had agreed on a 'three color minimum' rule.  Normally I paint 5-10 infantry models at a time, but here I had to get 40 models up to code before our game.  Rather than being smart and breaking the 20 man squads into groups of 10 I decided to tackle the entire 20 man zombie squad at once.

This was a mistake.

Painting 20 infantry all at once was soul crushingly painful.  I began having delusions about starting a Khorne warband.  Eventually I triumphed and finished the squad.  I won't make the same mistake with the 20 guardsmen. 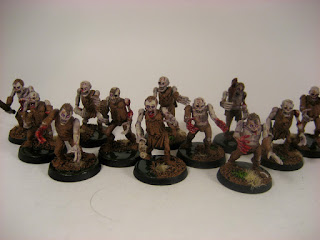 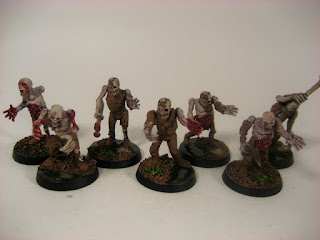 Here are some shots of my wyvern I completed a while back.  I decided to switch out the traditional ammo boxes for some extra flamer tanks.  With a Nurgle force it seems appropriate that my artillery would shoot toxic sludge. 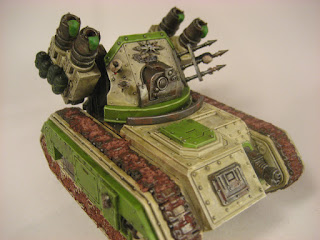 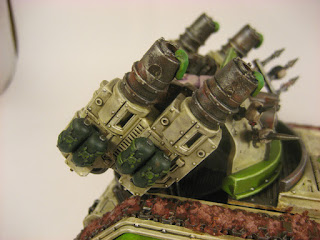 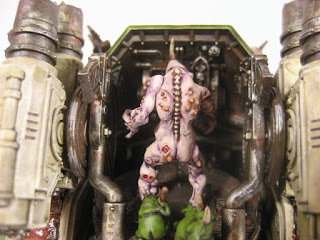 I have been wanting to include a dreadclaw in my list for quite some time, and I am finally working on one for my current project.  I saw this conversion on A Host of Work Bearers and I was completely blown away.  The blog is filled with amazing chaos conversions.  I am pretty proud of my conversion work, but I have nothing on this guy.  Anyway here is my dreadclaw.  I am still in the process of converting; right now it isn't spiky enough. 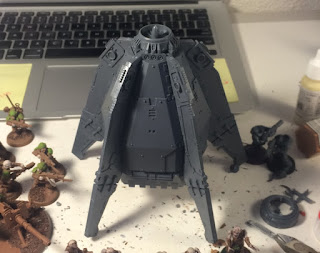 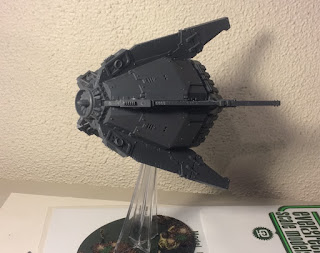