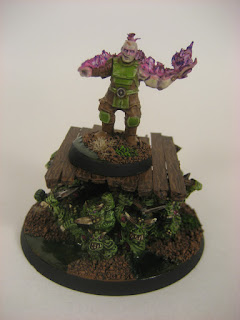 After a solid month of painting, and several seasons of Game of Thrones, I have another batch of Nurgle deamons.


First up I had a pile of nurglings laying around, so I decided to construct a palanquin of Nurgle.  I wanted to make something where I could just sit a model on top of the base, so I could easily switch out who has what options.  My army lists rarely use palanquins, but is is an option that is fun to play with every once and a while. 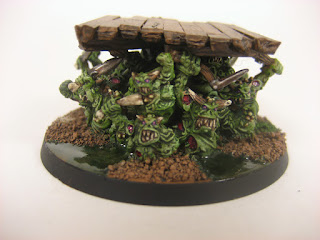 Aside from the old school nurglings I used green stuff in the center to give the platform something to rest on and glue to.  The platform was actually constructed out of left over sprues.  I cut a bunch that were relatively the same length and then I glued three, diagonally, along what would end up being the bottom. 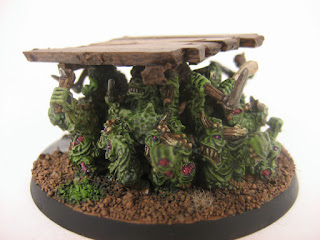 I also decided to paint in some wood grain in order to make the colors less flat. 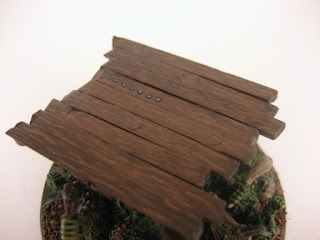 Along with the palanquin I painted up a squad of plaguebearers, and I decided to go with the same style that I used for my tank commander.  One of the things I love about this particular color scheme is that making the flesh look infected/bruised is relatively easy. 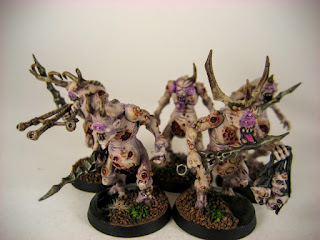 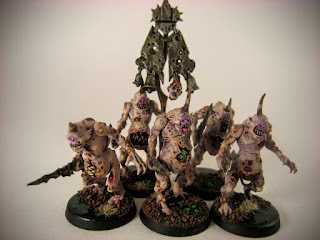 I have been working on getting the rest of my Traitor Guard force assembled, and I have a whole 20 man blob squad ready to go!  The next thing on my list though is a leman russ tank.

I also made my first Forge World order this week!  I ended up ordering Imperal Armor 13, so I can finally use some proper traitor guard rules, and Mortarion because I do love Nurgle.

Also, There should be a battle report coming to you all in the next couple of days.