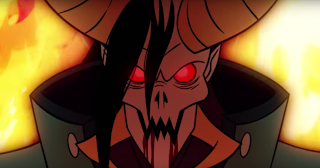 Inspired by a music video from one of my favorite bands, I recently embarked on one of my most ambitious conversion projects to date.
A Sound Of Thunder has been one of my favorite bands for a long time. When I saw their video for Udoroth I knew that I needed to convert a miniature.  This whole project has been in the back of my mind for years, but I hadn't found a good base model until recently.  When I purchased the Age of Sigmar starter box to begin my Khorne Daemonkin army I noticed that the Lord Relictor was a fairly close match to what I needed. 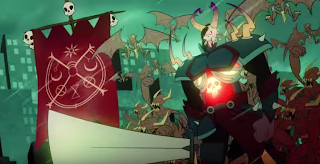 Skulls and spikes? How is he not a daemon of Khorne? 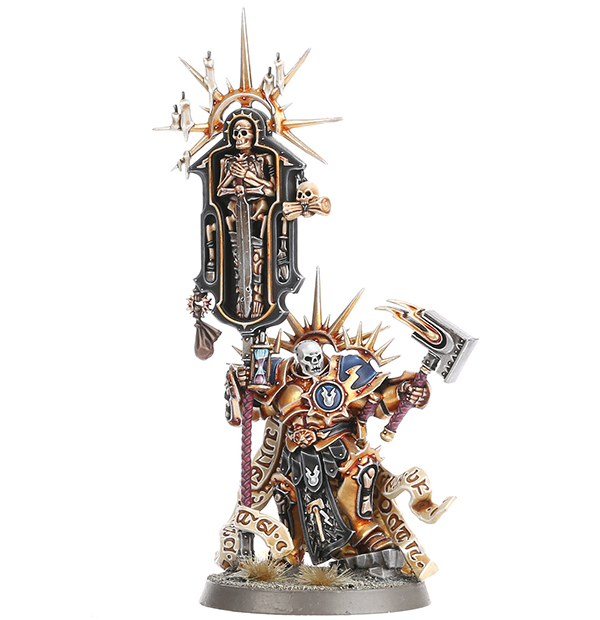 Skull and bulky armor is a go!

The base model had a lot of extra details that would need to be eliminated.  The lightning bolts, meteors, and spikes were all out.  I would need to replace the hammer with a sword, and figure out what to do with the right hand.  I considered adding a flail, as mentioned in the song, but soon realized that I should replace the banner with the one shown above.

After removing most of the significant details, I needed to start adding things back to the model.  The head needed some horns and hair, there should be large shoulder spikes, and some smaller spikes on the forearms.

As I began construction I thought to myself, "What model would result in the cartoon version shown in the video?"  I didn't want an exact match, but I wanted to make something that looked at home on my gaming table.  On the other hand, I wanted the sword to be comically large and over the top. 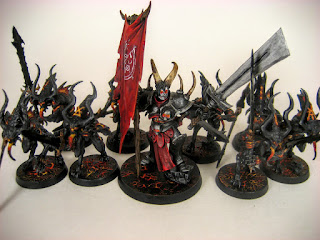 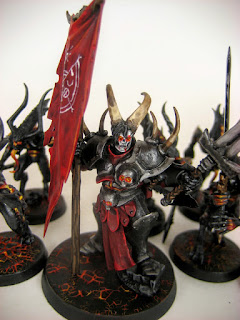 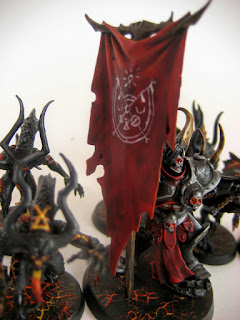 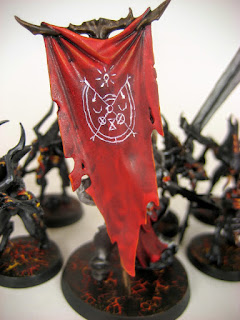 I haven't figured out exactly what I want him to represent on the tabletop, but sometimes art is worth it for art's sake.

Email ThisBlogThis!Share to TwitterShare to FacebookShare to Pinterest
Labels: A Sound Of Thunder, Conversion, Khorne, Music