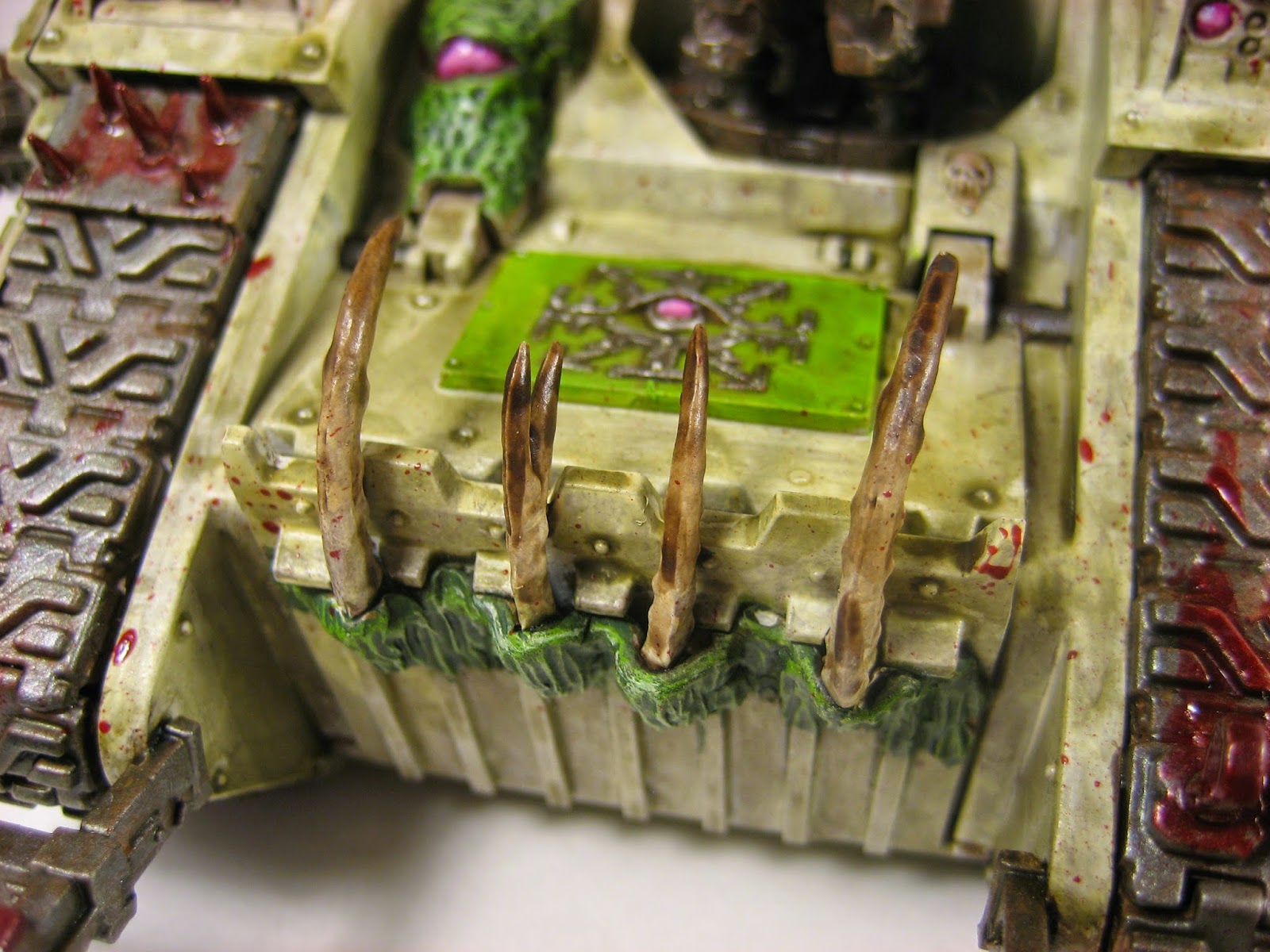 Over the past six months I have started using a little used combo I call 'The Trapdoor Spider'.  This involves a squad of three terminators with a single chainfist in a landraider.  Neither termintators nor landraiders are considered to be top tier performers for the forces of Chaos, but together they seem to work well.


As I use landraiders more and more I feel like they are best used as a precision tool.  Their durability ensures that you can choose when your charge will be the most beneficial.  Holding a smaller unit out of combat for a turn or two won't be hindering your overall damage potential.  Units such as Chaos Spawn are the sledgehammers of of Chaos, but a small squad of terminators acts more like a scalpel.

Three terminators with various power weapons aren't going to do an incredible amount of damage on their own, but the landraider will ensure that they can charge at the exact right time.  Having the freedom to pick the exact moment when you will arrive in combat means that you can choose your fights effectively.  Normally three terminators would count as a suicide squad, but the landraider lets you pick fights that you are likely to win.  Most mid to short range shooting units aren't particularly good in combat, and can easily be cut down by a small number of terminators.

I have tried a couple other units instead of terminators, but nothing else seems to work as well.  More expensive units need to be in combat as soon as possible, and less expensive units don't seem to have enough punch.  Terminators also have the added benefit of getting the landraider as a dedicated transport.

My unit of terminators usually runs with a chainfist to threaten vehicles, but this gets dropped for a power axe when points are tight.  I have recently been playing around with giving them a mark of khorne, but I haven't done enough play testing to have made up my mind.

The landraider isn't simply a device to deliver the terminators it can also act as a mobile piece of terrain.  It is large enough to block line of sight for things such as spawn or bike, or it can give a cover save to larger models such as defilers or maulerfiends.

I like to equip my landraiders with dirge casters and dozer blades.  The dirge caster provides obvious benefits by eliminating overwatch, and nothing is worse than having your 240 point tank immobilized on a small tree stump.


How about you?  Has anyone else had success using the landraider, or another transport, as a precision delivery tool?
Posted by Andrew at 7:37 PM