My Year in Painting

Looking back at 2014 I realized that I did a ton of painting.  Amazingly all of it was in the first half of the year.  Once school started this fall I didn't have much time for painting.  Now that my league has finished I am going to try and dedicate that time to painting instead of gaming. 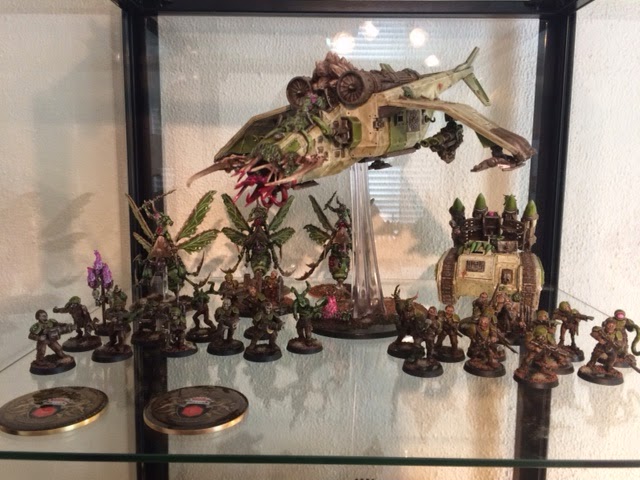 I worked on these guys in the spring and really enjoyed the results.  The Vendetta is a fantastic centerpiece for the traitor guard force.  Even though I started working on it Thanksgiving of 2013 it was not actually completed until January of 2014.  It sat on my coffee table for weeks before I decided on what conversions to do.  This army has already won me a couple of painting awards, and hopefully will continue to do so in the future. 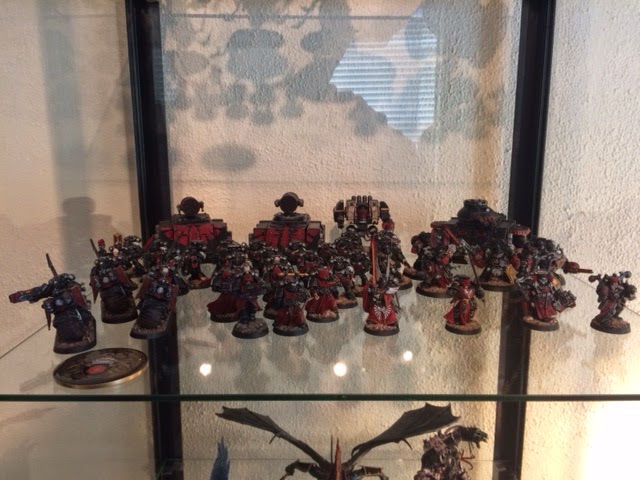 The vast majority of these models were completed this summer.  I had shown with the traitor guard that I could model 'dirty' figures effectively, but I wanted to prove (mostly to myself) that I could do as good a job with 'clean' figures.  Before this army I had never painted black armor, and I figured it would be a sufficient challenge.  For the moment this army is being put aside, but will come out from time to time.  I also plan on using this army for teaching other people how to play.

My Goals for 2015:
First and foremost I have a half finished land raider that has been sitting on my painting table for six months, and a squad of kroot I promised to paint for a friend that have been there even longer.  Right now I am not allowed to get anything new until those two projects are done.

I want to expand my Traitor Guard force.  Right now I am unsure of the exact style I want my army to be, but I plan on starting with some more guardsmen and a couple of Leman Russ tanks.  I plan on converting some flagellants with greenstuff to make it look like they are on fire (there will be a guide on how to make flames with greenstuff).  Once the army gets bigger I want to convert a Glottkin model to be an allied imperial knight.

The largest project I want to start this year is building a gaming table.  My wife and I bought our first house (how did I find time to paint anything other than walls?), which means that I now have a place for a gaming table (right next to the bar).  I have several ideas for different table configurations, but I am pretty inept with a saw.  Fortunately I have several friends who are more skilled, and have more power tools.
Posted by Andrew at 2:14 PM